Means of plant origin, to suppress metastasis in the treatment of oncology.

The tool is used for neoplasms to detoxify the body, as well as in the postoperative period as an antioxidant, adaptogenic and antitoxic agent.
As active ingredients, it contains extracts from plant materials:
1. Shiitake mushrooms - polysaccharides contained in the shiitake mushroom, including lentinan (С6Н10О3) n, exhibit antitumor and antimetastatic activity. The carcinostatic effect of lentinan is mainly the result of activation of the production of perforin. D-glucan binds to the surface layer of a lymphocyte or to a specific serum protein that activates macrophages, T cells, NK cells, and other effector cells. This leads to an increase in the production of antibodies, interleukins (IL-1 and IL-2) and interferon (IFN). Polysaccharide KS-2 also has antitumor properties due to the induction of interferon and stimulation of T-lymphocytes.
2. reishi mushrooms - the polysaccharide lanophil contained in reishi mushrooms prevents the growth and metastasis of a wide range of tumors by activating macrophages and T-lymphocytes, stimulating the production of interferon,
3. broccoli sprouts - indoles (diindolylmethane) of broccoli neutralize estrogens.,,
4. chagipterins contained in chaga have a cytostatic effect, delay the initial stages of the tumor process.
5. fireweed herb (willow-herb) angustifolia - fireweed hanerol has a broad antitumor effect, including in breast cancer. ,
6. burdock roots - arctigenin lignan aglycone (active ingredient of burdock) has direct antitumor activity,
7. flowers of meadow clover (red) - trifolysin glycoside contained in clover has a pronounced antimetastatic effect by reducing the growth rate of capillaries.
8. rhizomes and roots of burnet - contain tannins with a predominance of hydrolysable substances of the pyrogallic group (tannins), which have bactericidal and hemostatic properties
9. roots and rhizomes of licorice, marigold flowers, St. present, celandine grass, nettle leaves, birch leaves,

The remaining components are used as reinforcing and supporting ones acting in a single complex of effects on the body.

Suppress metastasis in the treatment of oncology 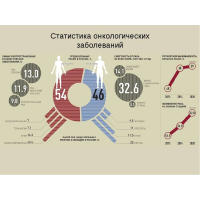 Suppress metastasis in the treatment of oncology 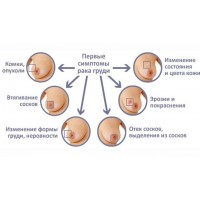 Tags: Suppress metastasis in the treatment of oncology